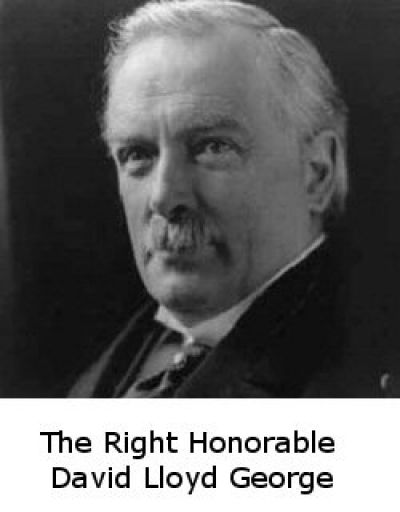 This listed building was built with public donations as a memorial to local residents who fought and perished during the First World War and now includes those who gave their lives in the Second World War.

In the 1970’s the building was renovated and restored by a Management Committee which took over the running and upkeep of the venue from the local Council.

The late 1990’s saw further huge improvements to the stage, lighting, sound and dressing rooms with the aid of National Lottery funding making Criccieth Memorial Hall one of the best entertainment venues in the area.

In 2014 with the closure of Jerusalem Chapel, the Hall took custody of the chapel’s wonderful stained glass window and it is now displayed inside the entrance to the memorial foyer.

The Laying of the Foundation Stone

“The Prime Minister accompanied by Mrs Lloyd George and Lord Riddell laid the foundation stone of the Criccieth Memorial Hall on Satuday afternoon.

The hall will b 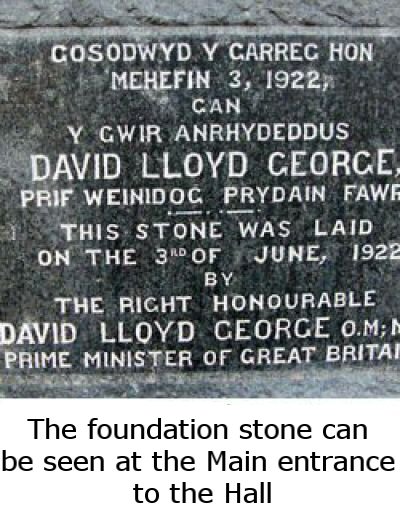 e capable of seating twelve hundred people and the names of the thirtyseven men of Criccieth who lost thier lives will be inscribed on panels in the inner hall” A silver trowel was presented to Lloyd George who in laying the stone deposited a number of records including newspapers, a coin and a letter written by himself which read

“As long as the waves beat against that old rock (pointing to the rock on which Criccieth Castle stands) the memory of what these young men and millions of their comrades from Britain dared and endured for right and justice will live, and until these mountains (overlooking Cardigan Bay) roll into that sea, the inspiration which comes from the example of these young men will be something that will sustain humanity for countless ages in its struggle for higher things”